Fanfic / The Doctor Will See You Now 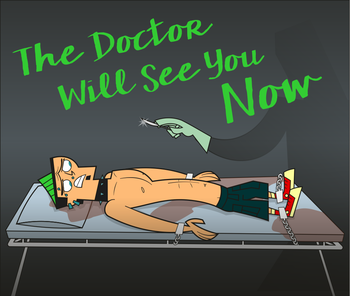 The Doctor Will See You Now

is a horror Total Drama fan fiction made by Rufus T. Serenity.

Instead of taking the teens to Greece after London, Chris brings the nine remaining contestants of TDWT to an abandoned asylum on a island near Nova Scotia. But as they do another challenge, they and their host start to discover a darker and deadly side to the seemingly abandoned asylum. Rated M later for gruesome character deaths.