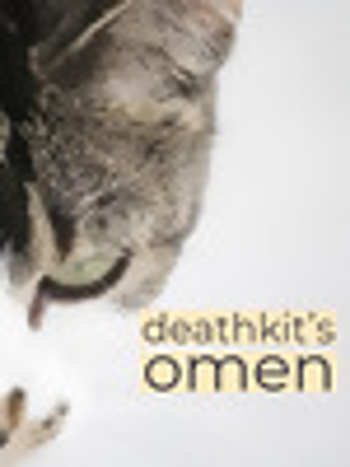 To be completely fair, neither of the protagonists have the appearance of this cat.
Advertisement:

Hence the fanfic's name, it's mostly centered around Deathpaw. This fanfic is quite short, and was likely discontinued. It was first published on March 7, 2019.

It is likely a trollfic, due to the odd appearances of some of the cats, the somewhat-obvious prophecy, and Deathpaw coughing up black water.

We begin with the typical "kits become apprentices", and then we get into a training session with cats from both GlareClan and ClowderClan, where Kitpaw straight up attacks Deathpaw, his own brother.

Some other add-ons include that Kitpaw and Deathpaw are the grandchildren of the leader. They are also aware of a prophecy.

This fanfic contains examples of...