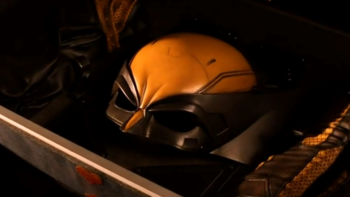 It is rather nice to see Wolverine's original costume on film.

X-Men Film Series has plenty of scenes that didn't appear in the films.