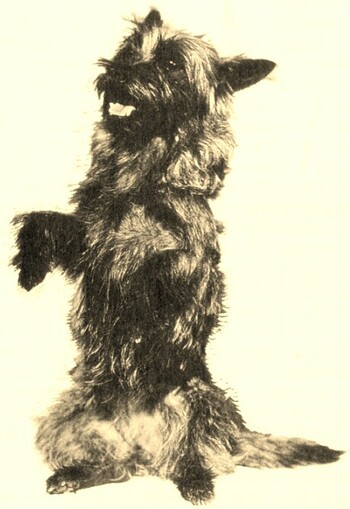 Terry was born in Chicago, Illinois in 1933. Her first film role was in 1934's Ready For Love. Terry did her own stunts, which resulted in a near-fatal injury during the filming of The Wizard of Oz. Co-star Judy Garland bonded with Terry and wanted to adopt her, but her owner refused. Terry's salary was roughly $125 (over the equivalent of $2000), which was more than what most Americans earned at the time. Terry's name was eventually changed to "Toto" in 1946 (which is why her gravestone uses that name). Terry died in September 1945 at age 11. She was buried at her owner's ranch, but her grave was destroyed in 1958 during the building of a freeway. She received a permanent memorial in 2011 at the Hollywood Forever Cemetery.

Terry is the mother of another dog actor, named Rommy (who appeared in films such as Air Force and Reap the Wild Wind).