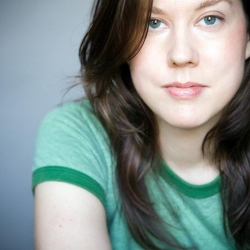 Maureen Johnson (born February 16, 1973) is an author of young adult fiction and she has published ten novels to date and has another on the way. Additionally she has worked on several anthologies including Let It Snow with John Green and Lauren Myracle, Vacations From Hell with Cassandra Clare and several other authors, and Zombies vs. Unicorns with both Garth Nix and Cassandra Clare.

Her book Thirteen Little Blue Envelopes was awarded the American Library Association's Teens' Top 10 2006, and Devilish received an Andre Norton Award nomination in 2007. Additionally, Johnson was named "Most Interesting Twitter User to Follow" by Mashable in 2009.

She is also the voice of Intern Maureen in Welcome To Nightvale.