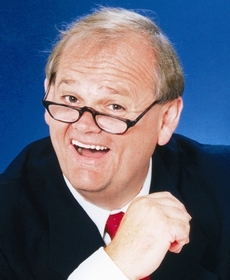 An American comedian, Durwood Fincher, a.k.a. "Mr. Doubletalk" is a man who pretends to be interviewing various people for news reports. The main problem for these interviewees is that Fincher's questions are completely nonsensical.

is his official site.

Tropes used by Durwood Fincher include: