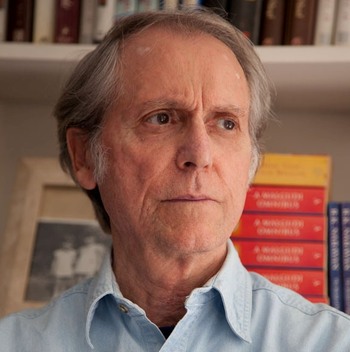 some caption text
"In the 1970s, when I started writing novels, I was a figure in the margins, and that's where I belonged. If I'm headed back that way, that's fine with me, because that's always where I felt I belonged. Things changed for me in the 1980s and 1990s, but I've always preferred to be somewhere in the corner of a room, observing."
—From the 2010 The Sunday Times interview
Advertisement:

Donald Richard DeLillo (born November 20, 1936) is an American author of several acclaimed novels. He won the National Book Award for White Noise and the PEN/Faulkner Award for Mao II.