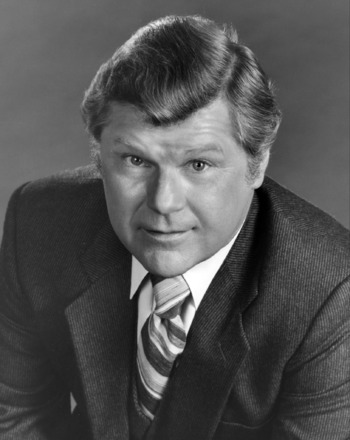 Bob Hastings (April 18, 1925 – June 30, 2014) was an American film and television character actor who was well-known for his portrayal of annoying suck-up Lt. Elroy Carpenter on McHale's Navy. He was also a voice actor who was well-known for voicing Commissioner Jim Gordon in the popular Batman: The Animated Series and its various spinoffs in the DC Animated Universe.