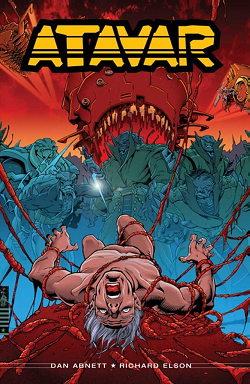 Atavar is a 2000 AD comic strip, created by Dan Abnett and Richard Elson about the last human alive caught in a war between alien species.

Not to be confused with properties named Avatar.