Manga / As the Gods Will 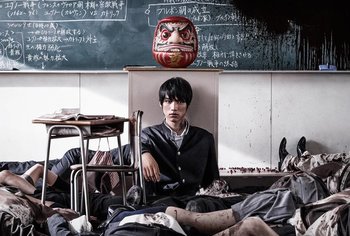 "Dear God...please, give me my boredom back."
Advertisement:

As the Gods Will (Kami-sama no Iu Toori) is a Japanese manga series written by Muneyuki Kaneshiro and illustrated by Akeji Fujimura.

Alternative Title(s): Kamisama No Iu Toori, As The Gods Will