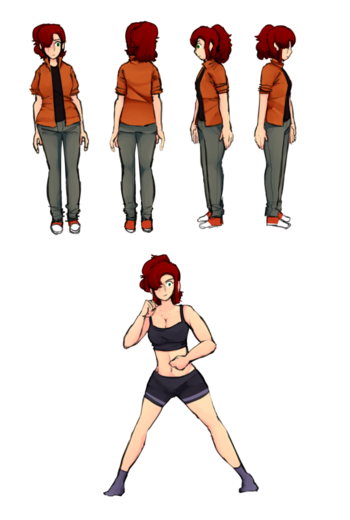 Amy has always been... a rough girl. Quick to action, stubborn, very blunt and often described as "mean" to put it politely. And yet despite all that she's proven to be quite caring, motherly, and cheerful. She might have been more so if her service in her war torn homeland hadn't taken it's toll on her. Being a Regum agent, a sort of international police force, wasn't her first choice for employment and neither was being sent to a warzone. If nothing else she cam out alive. Shaken, bitter, still dreaming of becoming a director, but alive.

Her natural born ability to regulate her internal body heat for all intents and purposes makes her a living furnace, though there's evidence of some amount of genetic tampering with her mother who had the same power... 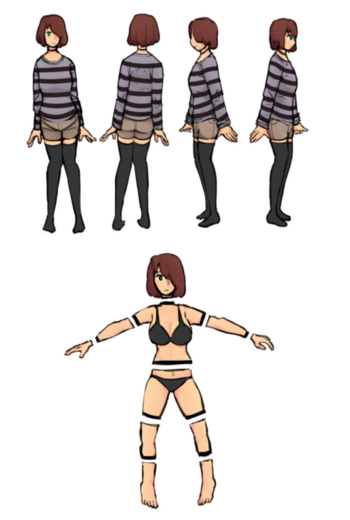 Ashley was abandoned by her parents when she was only an infant. She spent a good deal of her childhood in an orphanage until she was kicked out at the age of 10. Eventually she was taken in by a local street gang known as the Yakamuras and was raised by the leader Tetsuo Yakamura as if she was his real daughter. She grew up with a large family dedicated to keeping the streets of New Hadden’s Little Sai-Dun district safe while protecting an ancient tomb hidden deep under the streets of their home turf, the Yakamura family secret.