These are the characters appearing in the Detective Nigbone machinima. 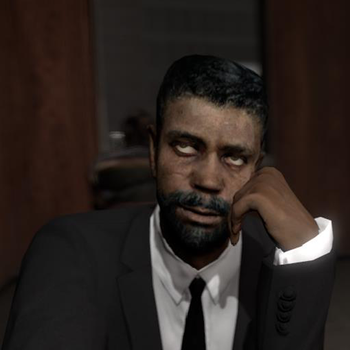 The protagonist of the show.
Detective Kaczynski
Nigbone's partner, who was originally one of the officers in NYPD, before getting promoted to Detective.

The Vampire Killer aka "The Ass Tickler"
A serial killer running loose in the city, who drinks the blood of his victims (and molests their assholes, according to Nigbone).
The Unnamed Killer
Jimmy Regaysi
Gaybriel Regaysi