Awesome / Of Gemstones and Watches 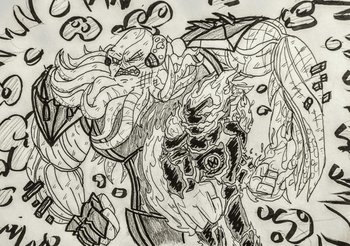 Ben sighed. "Just shut up already. You're the most pathetic person I've met in my life, and I am wasting my breath on you. The last thing I need right now is listening to trash like you, let alone beating you to a pulp. But if you want to take me down, feel free to try… as long as you don't mind a painful defeat."
The fast paced action of RWBY + the powers of Ben 10 = a lot of awesome moments.