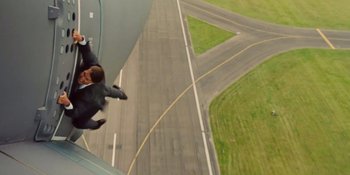 Impossible? Not for Tom Cruise.