Awesome / A Place Further than the Universe 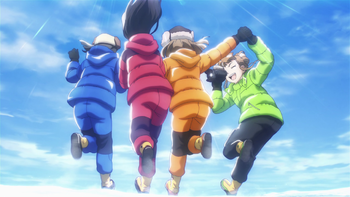