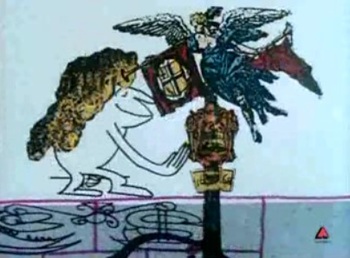 As the title indicates, it is a history of leisure, or rather the effort of humanity to establish a balance between work and leisure. The film encompasses the history of humanity from caveman days to the modern day (the 1976 modern day, anyway), demonstrating how leisure changed and took different forms as humanity invented new technologies.

A little bit of an Unintentional Period Piece, as a 21st century remake of Leisure would have to deal with how the Internet and smartphones have radically redefined what humanity calls leisure time and how we spend it.