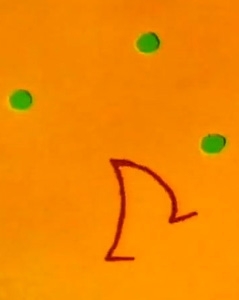 It's about a pair of red legs and his misadventures with a giant baseball, a giant spider and the film itself. As the film itself states in the opening frames, all of the animation was done by scratching directly onto film stock, as opposed to photographing cels.