Trash Head Talks is a Webcomic created by Neysun

It can be read on Tapas

It follows a struggling author simply known as Trash Head. He has no idea what he is doing and has the self esteem and the confidence of a small animal. His friend, Cy, tries to help him boost his confidence on his writing skills and have one of his stories published but he has a lot of work to do. 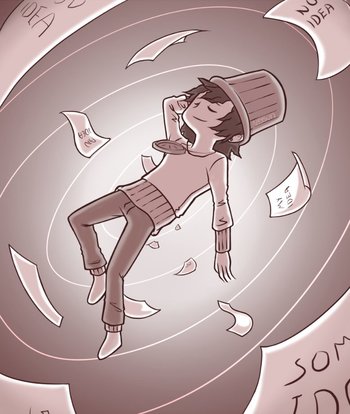