Webcomic / Trip Across The Multiverse

Trip Across the Multiverse is a webcomic Created by Emiliano Lara Cruz, known online as Galactic Potato.

It follows wannabe Ranger, Trip Freeman, as he tries to get into the Rangers program; a Ranger is someone that can jump universes. When an attack happens and Trip finds himself stuck in a universe other than his own, he has to rely on Walter Vance to get back home. 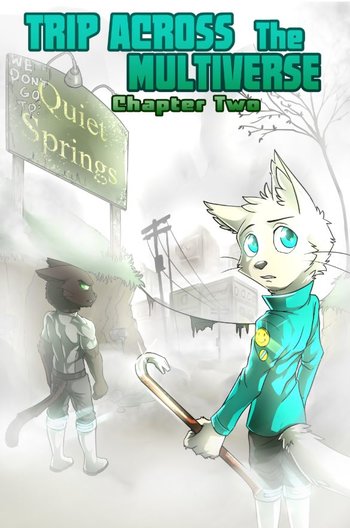 Trip Across the Multiverse shows examples of