Webcomic / The World in Deeper Inspection 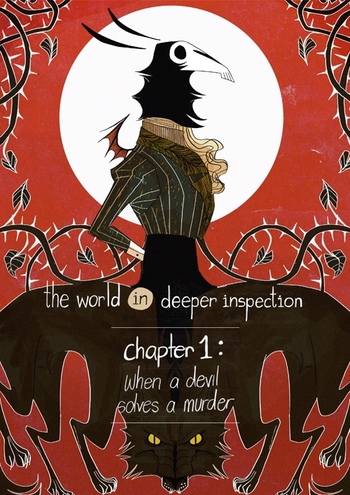 The World in Deeper Inspection is a Historical Fantasy Webcomic. Starting in 2013, the main story focuses on Alcott Grimsley, a Jersey Devil detective in Victorian England, who works to bring peace to the souls of the recently deceased.

An additional story, The Carpet Merchant of Konstantiniyya, focuses on one of Alcott's friends, a vampire named Mehmed Zeynel Abidin deCordoba (or Zeynel for short). The comic follows his past as a normal carpet merchant 200 years prior to the main story, how he became a vampire, and how he got to Brookham. The first volume has been released as physical books, while the hardcover copies of the second volume are still being funded.

Check it out here!