Literature / Kafka on the Shore 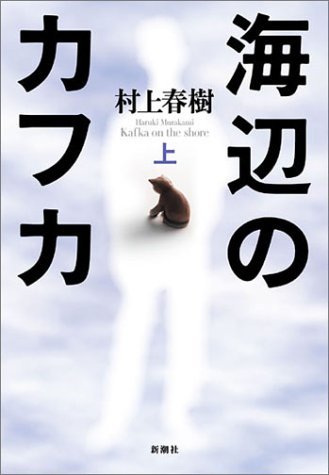 Kafka on the Shore (Japanese: 海辺のカフカ, Umibe no Kafuka) is a 2002 novel by Haruki Murakami that features two distinct plots that are nonetheless intertwined. The first is about fifteen year-old "Kafka" Tamura who runs away from home in order to avoid fulfilling an oedipal prophecy. The second follows Nakata, a mentally slow old man who has the ability to talk to cats, as he gets dragged into a journey across Japan running parallel to Kafka's own. It begins realistic enough, but soon takes a turn for the surreal and it becomes clear that neither will be having a normal journey.