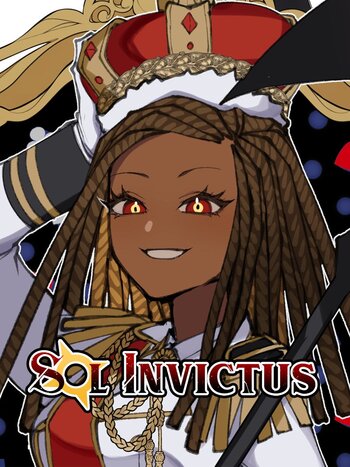 "My name in this world is Adramelekh... and I am bad at fighting games."
Advertisement:

'' by Kyou follows a girl after she is reincarnated into the world of her favorite fighting game.

Reborn as the character Adramelekh, she now lives a glamorous life as the princess of the Egrigorean Empire. Her future is far from secured, however, as Adramelekh is doomed to die in the game's story mode. Knowing this, she must do what she can to avoid her demise, whether it be through rigorous training or by avoiding the events that lead to her death altogether (which itself is its own impossible challenge, as she skipped through most of the game's story mode).

Not to be confused with the One Piece fan-fiction Sol Invictus.