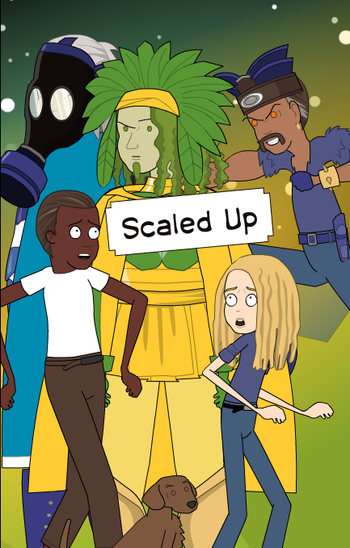 Scaled Up is a series of comics made in Pixton. The first comic was released on the 16th March 2019.

The story follows two main characters; Patricia, who went to the museum with her mom and was pulled into an adventure, and Adrien, a man from the future who involuntarily turns into a dinosaur thanks to his Time Machine running into an error. Together, Patricia and Adrien travel into several points in the past attempting to escape bounty hunters.

My mum's gonna kill me if she sees me with a live tropes list!