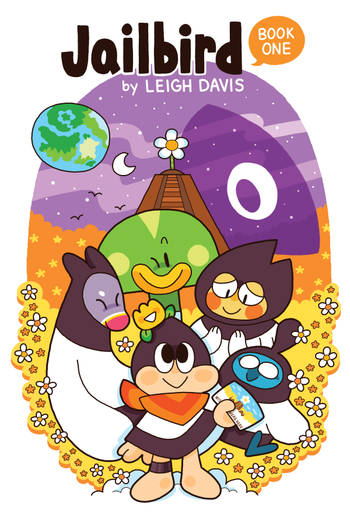 follows the story of a child-like escaped prisoner.

When Jailbird first escapes, they study the only item they have on them: a postcard showing a temple and saying "wish you were here". Though Jailbird can't read, they want to go to this place and end up meeting a bird who knows where it is. They end up traveling together.

The following morning when they wake up, they're frightened by a loud screech. As they run, they're separated and Jailbird stumbles upon a magical cape that they put on.

Later Jailbird is found by several talking birds who seek to help Jailbird out — the cape they'd put on has magical properties that will turn them into a bird and they must stop the spell, for when the spell completes, Jailbird will no longer remember who they once were.

So Jailbird is sent on an adventure with Duck to find a temple that rumor holds can save Jailbird from their fate.