Webcomic / Beware Of The Brothers 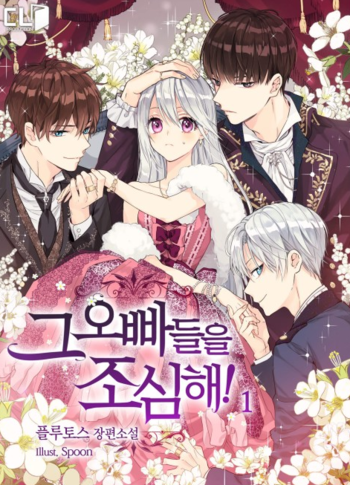 A girl and her brothersNote This is the novel's cover by the way.
Advertisement:

Hari got adopted by Duke Erenst at 7 years old when she lost her mother. Even though she received all kinds of persecution by the three Erenst sons, she could finally escape that blood-and-tear inducing life when she was about to get married.

But what is this?When I woke up from my sleep, I'm back to that hellish childhood! Is this a dream?!

Hmph. If I can't wake up from this dream,I'll at least live without too much consideration for others now!

This Webtoon contains examples of: