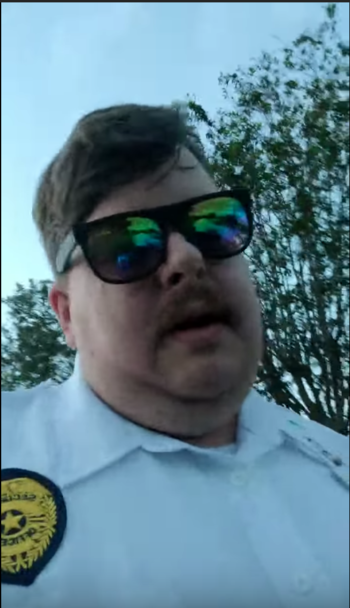 We're done brother.
Paul Flart is an American former security guard who worked at a hospital in Polk County, Florida and while on his shift would record videos of himself farting (close-up on his face) and upload them onto his social media. His primary platform is Instagram where he gained 111,000 followers and would later spread out to Twitter and YouTube.

His fame was meant to be a secret from his employers, but his boss's son found out and notified his father, and so the boss fired him. After getting fired, Paul tried to make his firing as big of a backfire on his employers as possible by capitalizing on his viral fame such as making an appearance on the Daniel Tosh show Tosh.0 on Comedy Central and uploading more farting videos from his house. He was 31 years old at the time of his firing.

His most-viewed video was the one where he gets fired and getting chewed out by his (former) boss for the farting videos, Paul Flart loses his job due to his viral fame.

which saw over one million views on YouTube. He was required to turn in his uniform and badge, but he refused to stop recording his own firing nor sign some paperwork confirming his acknowledgement for being fired. He did try to convince his unseen boss to let him keep his job, citing that he never revealed any logos or classified info and that he never neglected his duties to do the videos. He continued to record himself, much to the ire of his (former) employer who repeatedly told him to stop but he defiantly went on for about two minutes before clicking the red square. His current employment status remains unknown, most likely of his own accord though he has received job offers from different companies to be a security guard.