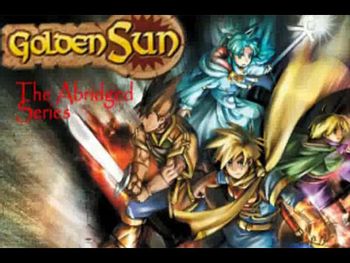 ). Like most Abridged Series, GS:TAS relies on Alternate Character Interpretation for its humor and lampshading. Similarly, as the series progressed Magmabear recoded the in-game text boxes to suit the series' new dialogue. Since doing so, the series has made use of some particularly creative Big Lipped Alligator Moments for its humour.

As of Episode 9, the series has officially finished abridging the first game.