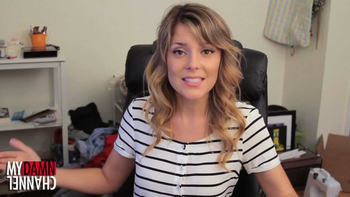 is a Web Original comedy vlog hosted by comedienne Grace Helbig. The show includes a variety of topics, including skits, advice, reviews and traditional vlogging. side from the name, it's a continuation of Grace's former MyDamnChannel series Daily Grace.

When the show launched in January 2014, it was produced daily; after August 2014, the format switched to three shows a week due to Grace's other commitments and projects. Episodes follow a theme, depending upon the day of the week. These themes have been: