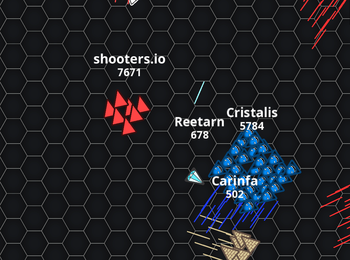 is multiplayer Web Game, developed by Clown Games in 2017. Unlike what its title may suggest, it is not a First-Person Shooter, or even a third-person one.

Instead, it's a highly stripped-down take on space tactics games, as every player commands a fleet of identical ships, which can all fire lasers and ram others, and which will grow in direct correlation with the number of enemy ships it defeats.