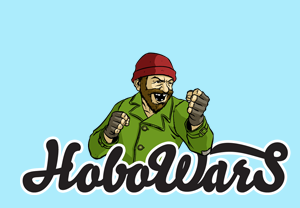 HoboWars is an online multiplayed Web Game that's based on hobos, developed by the Australian company Hellbored Entertainment and released in 2007.

It eventually received a spin-off, named HoboArena, and a sequel, named HoboWars 2.

Tropes used in HoboWars include: