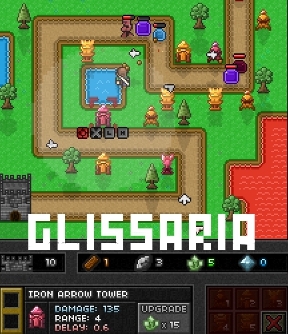 You play as Prince Trey, who has been sent by his father, King Varon, to bolster the defenses of the northern parts of his kingdom due to the influx of monster attacks all across the kingdom.

The gameplay is fairly simple. You swap and match at least five tiles of the same type to obtain resources. These resources can be used to build (wood) and upgrade towers (iron, adamantite, mythril), gain experience and heal the Prince (red stars), obtain various pieces of equipment to equip for the Prince (chests), or gain powerful gems and treasure to bolster the strength and abilities of the towers (gold orbs). Monsters will march along the path to the castle, and while Prince Trey will move to attack them as they approach, you must strategically place and upgrade your towers to provide backup and take out monsters as optimally as possible. Will you be able to keep up and repel the monsters on eight different maps?

This game can be found at here