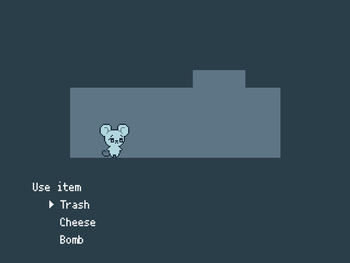 is a short, freeware puzzle game made in Wolf RPG Editor. It's a simple game with 8 stages (and an Ending) where you have to get the mouse his cheese. The game was made available on May 23, 2021. Notably, the game was made by Sen (MouSe), one of the developers behind Misao and Mad Father.

Before continuing, please be advised that, due to the game's short length, knowledge of the tropes involved may diminish the experience.