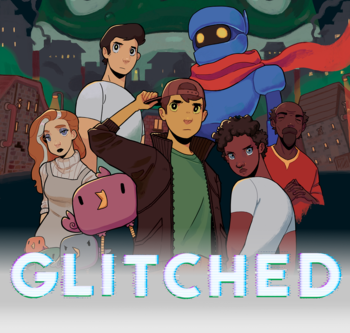 GLITCHED is an upcoming, multi-part, choice-based Eastern RPG by En House Studios. Its development was the result of a Kickstarter campaign

, along with more information about the game. It was initially planned for a 2020 release, but unexpected delays pushed the release of Part 1 to late 2022-early 2023, with a second Part planned for six months after, as detailed in this Kickstarter update

When a glitch appears in the world of Soren, an unexpected hero, Gus, becomes aware of you - the player. Together with Gus, you will make choices that will shape the story and world around you. Discover the world of Soren and solve the mystery of the glitch. As the story unfolds, Gus might start to question what role you have in his world.