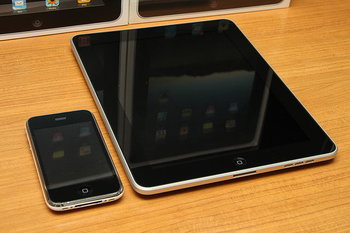 "Unfortunately, the mobile arena introduces a layer of complexity that can be difficult for developers to accommodate. Mobile development is more than cross-browser, it should be cross-platform. The vast number of mobile devices makes thorough testing a practical impossibility, leaving developers nostalgic for the days when they only had to support legacy browsers."
—Smashing Magazine, "How to Build a Mobile Website"

Unfortunately, the Mobile Web poses many problems. One of the largest of these is that most Web sites with more complex layouts will end up looking completely butchered, if not completely incomprehensible, on some mobile devices. Backgrounds may be lost, and navigation can be hampered due to the lack of a mouse. Additionally, many elements that have become standard on the Web (such as Java applets or use of Adobe Flash) will not work well, if at all.

To rectify this, many webmasters create mobile versions of their sites to help to better support people who use the Mobile Web. These are usually very watered down visually but specifically designed to give as much functionality to Mobile Web users as possible. Sometimes there will even be different designs for different devices; for example, Google as rendered on an iPhone will look quite different from how it is rendered on a basic cell phone's internet browser.

This definitely exists when one is talking about the very earliest generations of Internet-enabled cellphones that for various technological reasons could not handle regular websites. In order to improve the experience, either specialized protocols were used (like WAP) or in some cases websites would be rewritten on the fly to try and shrink the page to fit. However, these sorts of things were done on the early smartphones because either the bandwidth was low, and often because the display resolutions were much lower.

Now, Internet enabled phones are common and the displays are relatively rich, not only in terms of the raw pixel resolution, but the user interface and display technology have become more sophisticated with tricks like on-the-fly panning and scaling of the page to optimize the view, the impact of using the Web from small devices is less drastic. Comparing a current iPhone or Android phone with what one could get even five years ago is a huge difference (anyone remember what using the web was like from something like a Motorola RAZR?). Now that pad computers are becoming popular, this becomes even less of an issue.

However, the idea of a simplified layout on a mobile device still holds, not because of resolution but for simple readability. Stuff like Wikipanion (The Other Wiki's smartphone app) and Gizmodo's mobile counterpart have a more vertical layout, no banner ads (as they have a tendency to become messed up on iPhones and Androids), and a larger font size. Because simplified layouts are preferred for mobile browsing on any device, this keeps mobile versions of Web sites from becoming extinct. As mentioned previously, some Web sites may have their own specific versions tailored to devices such as smartphones or pad computers. In fact, many websites go strictly by the resolution of the screen (or window) it's being viewed on, so users will get the "mobile" design of the site if they simply size down the browser window on their PC, or move it to a smaller display, while a sufficiently large phone or tablet may show the "standard" design.

This Very Wiki, by virtue of the wiki format, dodges the worst of the typical issues of the Mobile Web. It doesn't really use any Java or Flash, no really complicated tricks with multiple frames or embedded objects; it's all just text and images.