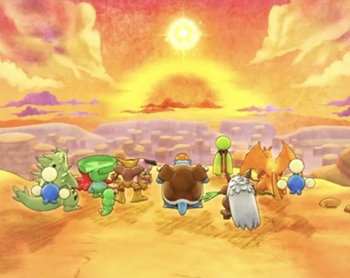 It gets worse from here.
Red and Blue Rescue Team

Explorers of Time, Darkness, and Sky