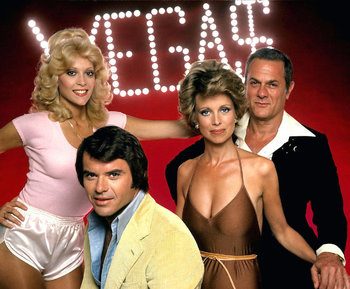 Vega$ was a television series from ABC that aired from 1978 to 1981. It revolved around the life of Las Vegas private investigator Dan Tanna (Robert Urich) who went around solving various crimes. He drives around in a classic car and has a secretary that probably has a bit of a crush on him.