Recap / The Railway Series B25: "Duke the Lost Engine" 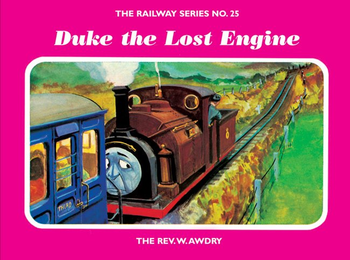 Duke the Lost Engine is the twenty-fifth book of The Railway Series published in 1970. This book focuses on the lives of Sir Handel and Peter Sam before working on the Skarloey Railway and an older co-worker of their’s, Duke. The book contains four stories: