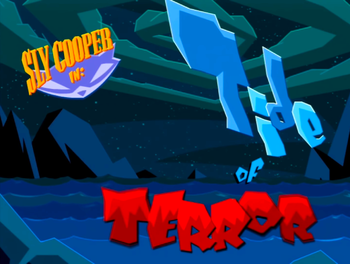 Sly and the Gang hunt down Sir Raleigh of the Fiendish Five in the perpetually stormy Welsh Triangle.