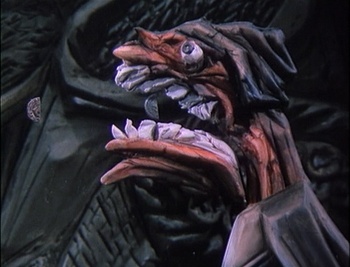 Looking a bit angry there?
Advertisement:

As a Darker and Edgier retelling of the classic The Pied Piper of Hamelin tale, it's to be expected that the 1986 animated film would have a couple of scares to pop up.