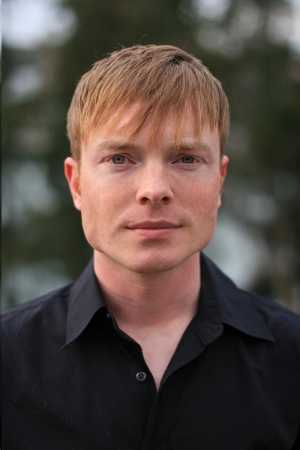 John Mackey (born October 1, 1975) is an American classical composer of the modern day. His musical repertoire is mainly geared towards wind band, with some occasional orchestral pieces here and there. He's also composed a few pieces for modern dance and ballet.

His pieces tends to be rather complex with very prominent percussion parts, both pitched and unpitched, as well as lots of Uncommon Time.

, where you can listen to recordings of all of his pieces. And they are awesome.