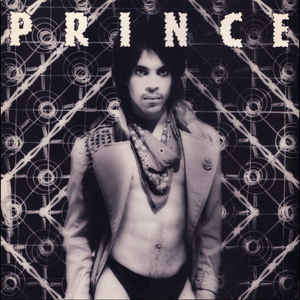 Set your mind free.
"I know, I know, that you're going with another guy
Don't care, don't care, 'cause I love you baby that's no lie
I love you even more than I did when you were mine"
- "When You Were Mine"
Advertisement:

Dirty Mind, released in 1980, is the third album by American musician Prince.

Shifting away from the straightforward funk and disco sounds of his first two records, this album marks a shift to a funk-driven New Wave Music sound that would serve as the basis for his proceeding output throughout the remainder of the decade. The album also sees the first vestiges of his later backing band the Revolution form, with Dez Dickerson, Andre Cymone, Bobby Z, Gayle Chapman, and Matt Fink serving as backing musicians on this album; while Chapman and Cymone would leave shortly after this album, the remaining musicians would end up becoming principal members of the Revolution throughout its brief lifetime and constantly rotating lineup.

Most significantly, the album marks Prince's first dive into the raunchy, sexually-driven lyricism that would become a hallmark of his work, covering taboo topics such as oral sex, group sex, ejaculation, and Brother–Sister Incest. This shift would wind up setting a precedent that would result in sexually explicit lyrics becoming more mainstream in popular music, though at the cost of generating enough controversy to generate a Congressional hearing about the subject, spurned on by Prince's own "Darling Nikki" in 1984. The album's commercial performance was modest, peaking at only No. 56 on the Billboard 200, though it would eventually be certified gold in the US.

Dirty Mind was supported by three singles: "Uptown", "Dirty Mind", and "Do It All Night".