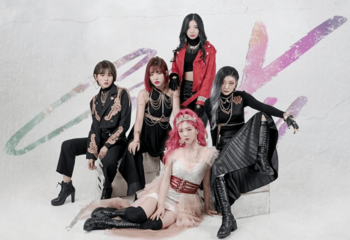 Craxy (formerly known as "WishGirls") is a Girl Group consisting of five members - Woo-Ah, KaRin, Hyejin, Swan and ChaeY that was formed by SA Itainment. The group was originally supposed to have two other members (Hana & Yujin), but both left the group before their official debut. Each girl released a solo song before the full group debuted with Aria in March of 2020.

Tropes that apply to Craxy: