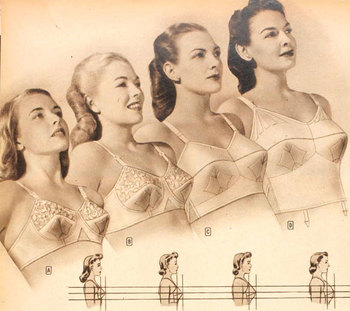 Bust charts are usually made to serve as a reference to help artists keep the proportions of a work's female characters consistent. However, since they can be very fanservicey they're also used as Bonus Material for fans. They are also common as Fan Art.

Important note: Most bust charts would violate our No Lewdness, No Prudishness policy. Please only image link bust charts where the characters are fully clothed.