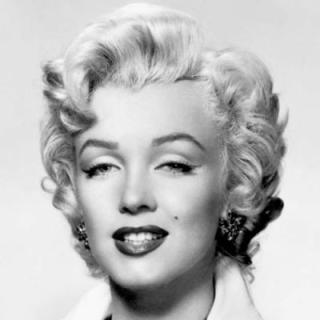 Like a cute little ink drop.
"I used to date this one girl; she had a beauty mark on her cheek. That's sexy, we fellers like that. Like Cindy Crawford. Well we get to kissin' and stuff. I get a look at it. It was a tick!"
— Larry the Cable Guy
Advertisement:

Beauty marks are facial moles. They are called that because, over the course of history, they have at times been considered an attractive feature. Generally, to be considered attractive, a mole has to be small, not protrude from the person's face, and definitely not have any hairs growing from it. They will usually be either above the lip or below the eye. Fake beauty marks have sometimes been fashionable, especially in the 18th century. Most fake moles were made of silk or velvet, and were sometimes cut into shapes like stars or hearts.

This trope is about how facial moles have been handled in fiction, whether they were true Beauty Marks or just plain disgusting moles. There have been dozens of stories resolved because of the discovery of "the family birthmark". A common gag in comedies featuring a character with a mole is having it explicitly revealed to be fake, or else have the mole spontaneously move around the character's face between close-ups. Occasionally, the Chosen One has this. And occasionally, just occasionally, the presence of a mole means a skin cancer plot is approaching.

In anime, a tragic character will sometimes have a mole near the outside corner of one eye, because in Japan such a mark symbolizes a hard, sad life—the placement calls to mind a tear of sorrow. Beauty mark on the upper lip however is more closely linked to sultry and sassy characters due to many prominent sex symbols and models bearing them.

A sub-trope to Fashionable Asymmetry. Not to be confused with My Little Pony's "Cutie Marks".

From the music video for Music/BestFriend. A jealous Supermodel swallows her rival whole and gains her BeautyMark as a result.

From the music video for Music/BestFriend. A jealous Supermodel swallows her rival whole and gains her BeautyMark as a result.