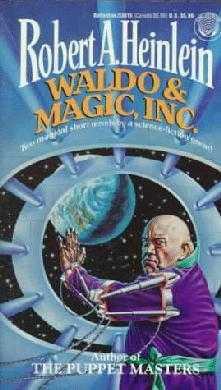 Waldo is a novella by Robert A. Heinlein, originally published in 1942.

Waldo (after whom remote-control manipulatory machines are named IRL) is an expert technologist and problem solver who is called in when remote power receptors are failing mysteriously. But for all his technological prowess, Waldo finds that something more ethereal is the key to fixing them, and possibly himself.

Has nothing to do with Where's Waldo?.