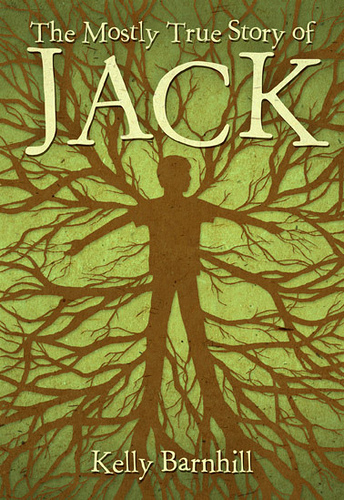 Looks like he's gone back to his roots.
The Mostly True Story of Jack is Kelly Barnhill's debut novel. Jack is basically just a normal kid, except for the fact that no one really notices him. Literally. Even his mother barely remembers he exists sometimes. And he never shows up in photographs.

The story begins with his mother taking him to stay with mysterious relatives living in a strange house in the middle of nowhere. Right from the start, something isn't right about the town. Children have disappeared, to be forgotten by everyone save a very few. Only one has ever returned, and he came back horribly disfigured and mute, apparently mentally retarded. Secrets abound, and for some reason, everyone - and everything - seems to focus upon one person: Jack.