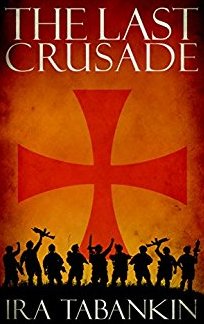 Well, this can only end well...
Advertisement:

On January 20th, 2017, at the very moment that Hillary Clayton is sworn in as president, already mired in scandal from mass voter fraud and 30,000 deleted classified emails, the charismatic new leader of ISIS, Ali Muhammad Tanvir, appears on Al-Jazeera to announce that 23 majority-Muslim nations have secretly agreed to join in a global caliphate, under his leadership and that of ISIS. The only holdouts being Saudi Arabia (soon resolved by a coup) and Egypt.

As Ms. Clayton's presidency continues to stumble from scandal to scandal, including blackmail from both the Russians and the Caliphate who have obtained the deleted emails, the Caliphate seeks and receives recognition first from the UN, than the US. Abandoned by America, Egypt and Israel form a military alliance to resist the Caliphate.

Then the Caliphate nukes New York, Paris, Berlin, Moscow, Tel Aviv and Rome, triggering a brief secondary nuclear war as both Russia and the US blame and attack each other. While the world mourns millions of dead, Tanvir announces an oil embargo on any nation that doesn't pay the Caliphate a Jizya (tax leveled specifically against non-Muslims) crashing the world economy.

It is against this backdrop that the Pope calls for a Holy Crusade, to save the world from Islam and, as President Clayton hides in her office, the US, Russia, most of Europe, Israel and Egypt all join hands to destroy Islam forever.

The Last Crusade contains examples of: