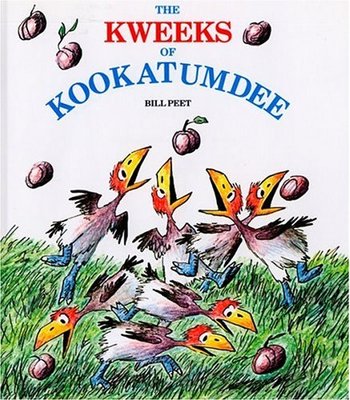 The Kweeks of Kookatumdee is a 1985 children's storybook by Bill Peet.

A race of birds known as kweeks live on the island of Kookatumdee, with little else to do but wait for and brawl over the fruit they eat. Lead kweek Quentin's warning of trouble comes true, but the kweeks' problem may turn out to be a blessing in disguise.