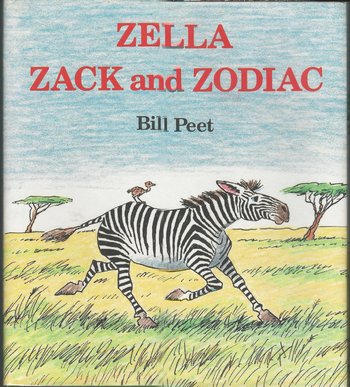 Zella, Zack, and Zodiac is a 1986 children's storybook by Bill Peet.

A zebra mare named Zella happens on an abandoned ostrich chick called Zack and takes over caring for him. Then, when Zella has her own colt, the now grown-up Zack proves to be instrumental in protecting his younger brother, Zodiac, who is born with over-sized hooves.