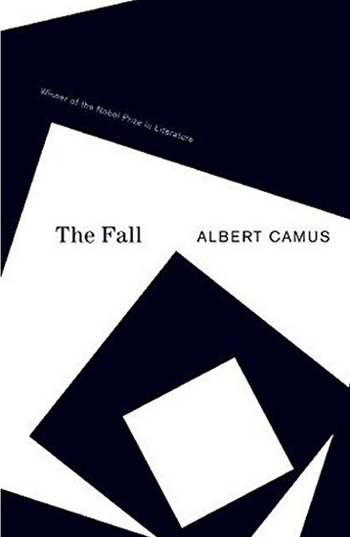 The Fall is a 1956 novel by French author Albert Camus

. In it, the reader sees through the eyes of an unseen bar patron in a shabby Amsterdam tavern where an expatriate French lawyer by the name of Jean-Baptiste Clamence introduces himself and begins to tell his life story. As Clamence tells of his transition from idealistic defense attorney to cruel cynic, Camus calls into question much that people take for granted about things such as innocence, love, and freedom. The novel takes a sinister turn toward the end as Clamence reveals ulterior motives toward his new friend (and by way of extension, the reader.)

Has no relation to the 2006 Tarsem Singh film, the BBC crime drama or the 2014 video game.